Home Flood Reduction In the Works

Much of the Central Platte NRD has long been plagued by floods. On average, there’s a flood every year in some area of the District, with major floods occurring every six to eight years. The land area within the District is unusual in the fact that most of the tributaries of the Platte River run almost parallel to the Platte itself. Consequently, the tributaries span many miles of the flat terrace or bottomlands adjacent to the Platte before emptying into the river.

The NRD has developed over 30 flood control structures. The plans for these structures have been designed to provide for orderly development of flood control and other related resources activities in watersheds, with each watershed plan encompassing a number of individual project plans in the total watershed development. 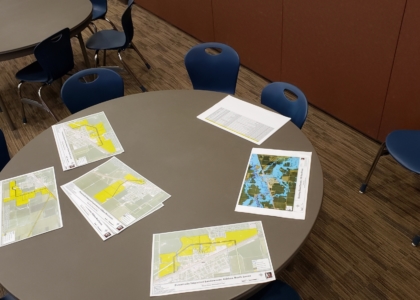 Projects Under Construction and Planning

The two-year grants pay 100% of costs to complete an Environmental Assessment (EA) and to design specific watershed plans. Virtual public meetings have been hosted to receive the public's input on issues in the three watersheds. 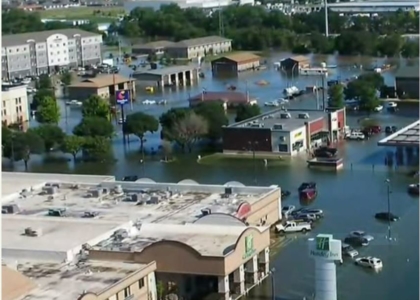 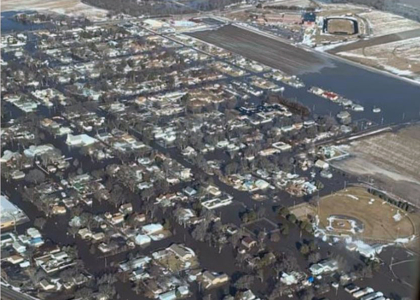 On May 26, 2022, CPNRD's Board adopted the most recent and FEMA approved version of the Central Platte NRD Multi-Jurisdictional Hazard Mitigation Plan update.  The purpose of the Mitigation Plan is to lessen the effects of disasters by increasing the disaster resistance of the counties and participating jurisdictions located within the planning boundary by identifying the hazards that affect the Central Platte NRD and prioritize mitigation strategies to reduce potential loss of life and property damage from those hazards.

In 2019, JEO Consulting was hired to conduct an inventory of dams that are 1-acre or larger within the District.  The contract includes a conceptual design of dams for multiple beneficial uses; evaluating up to 150 existing and potential dam and other structure sites. The project determines the localized water balance, recharge potential, storage capacity, design/construction considerations, and conceptual cost for dam improvement or new construction. The NRD received grant funding from the Water Sustainability Fund in the amount of $56,270.00 with the balance being funded by CPNRD in the amount of $84,410.

The NRD has 40 dams that are nearing their 50-year lifespan. The following dam updates will initiate a long-term plan to replace, update, or remove the aging structures:

In just a matter of hours, river channels can become clogged and flooding can occur. Once ice begins to clog a waterway, the water can back up quickly. If you live near a channel with ice, be constantly aware of the level of the water. Be prepared to evacuate.

Residents may keep up to date with Emergency Management postings on social media such as Facebook and Twitter, as well as listen to local news outlets for announcements. Tune in to NOAA weather radio for alerts or visit www.weather.gov/gid . Residents are urged to take flood precautions including knowing alternate escape routes, having an emergency supplies kit, and an emergency communications plan with family and neighbors.

Flood waters can be deep. Whenever there are rushing floodwaters, roads can be washed away quickly and bridges may become dangerous. It is nearly impossible to tell how deep the water is. Even if it looks shallow, do not drive into flooded and potentially washed out areas. People have been trapped in their vehicles and/or drowned when trying to cross moving flood waters.

It pays to be prepared. The following information is adapted from the Federal Emergency Management Agency website regarding disaster preparedness: www.ready.gov/make-a-plan

Steps to Get Ready for Ice Jam Flooding