Central Platte NRD’s Groundwater Management Quantity goal is to assure an adequate supply of water for feasible and beneficial uses through proper management, conservation, development and utilization of the District’s water resources.

NEW! Click anywhere in the U.S. and follow where a water drop travels to the ocean. This new tool was designed for water science communication based on USGS data.  USGS River Runner:
https://river-runner.samlearner.com/ 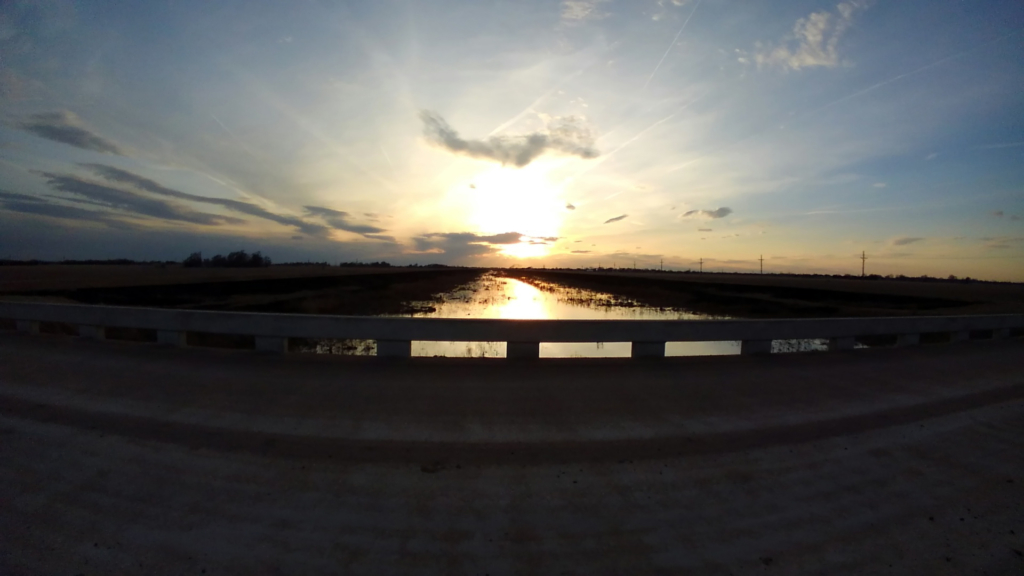 Nebraska leads the nation in irrigation production with over 8 million irrigated acres. Being in the Platte River Watershed, the District’s primary surface water feature is the Platte River. However, most farmers rely on groundwater for their irrigation needs since groundwater is abundantly available across the District. Water supply is under continuous monitoring throughout the District and a groundwater supply management plan to address potential shortages has been adopted by the NRD’s board of directors and has been in effect since 1987. Groundwater aquifer declines have been documented where irrigation use is the heaviest. Groundwater is the District’s chief source of drinking water and primary economic resource of the NRD since we depend on it for irrigation; which, in turn, enables us to have a strong economy rooted in agriculture.

If there was any doubt that we need to take care of this resource, it should’ve been dispelled by declining water tables in the late 1970s and early 1980s. Rainfall increased in the mid-1980s/1990s, which caused water tables to rise, but the historical record suggests complete groundwater recovery from the dry periods during the wet periods does not always occur in all areas. Careful management of the resource is necessary. Aquifer thickness varies from 25-300+ feet across the district, so a drop of one foot has a more significant impact on some parts of the District than on others. Groundwater depths and thicknesses are charted and used to help establish 24 groundwater supply management areas. Besides the aquifer conditions, the soils and topographic characteristics are similar in each management area.

The 1982 groundwater levels were established as the standard for the management plan since rainfall and recharge were above average several years since 1982. The maximum acceptable decline for each of the management areas was calculated, establishing a margin of safety in each area. It was determined that as an area’s average groundwater level declined through that margin of safety, certain controls ought to be mandated to slow the decline.

In 1987, the board established the Groundwater Management Plan with a phased program to implement controls when needed. The maximum acceptable decline ranges from 10’ in the eastern end of the District to 30’ in portions of the western end of the district. If the water table falls to 50% of that maximum decline (5 and 15 feet respectively for each of the range parameters), Phase II would go into effect for any area or areas affected, triggering mandatory reductions in irrigated acres and establishing spacing limits for new irrigation wells. Further declines to 70%, 90% & 100% of the maximum acceptable decline will trigger Phase III, IV and V controls respectively, mandating additional cutbacks in irrigated acreage and increased spacing limits for new wells.

Complete details of the controls are available in district publications. Because of the differences in the aquifer depth and conditions, it is conceivable that some areas could be in the higher phases while other areas may always be in Phase I.

The 1982 levels were established as the standard with maximum acceptable declines and a margin of safety calculated for each of the 24 areas. As an area’s average groundwater level declines through that margin of safety, controls are mandated to slow the decline. CPNRD’s Groundwater Management Plan was developed with a phased program to implement those controls when needed. The maximum acceptable decline ranges from 10’ in the eastern end of the district to 30’ in the western end. If the water table falls to 50% of that maximum decline (5’-15’), Phase 2 goes into effect for the area triggering mandatory reductions in irrigated acres and establishing spacing limits for new irrigation wells. Further declines to 70%, 90% and 100% of the maximum acceptable decline trigger Phase III, IV and V controls respectively, mandating additional cutbacks in irrigated acreage and increased spacing limits for new wells.

3/30/21  Violation Report  There were no repeat offenders for the 2020 irrigation season. Of the 47 violations, 39 are resolved or nearly resolved and eight will receive additional paperwork next week.

9/3/20  Invasive Weed Management   The board approved a motion to invest $500,000 over three years in an endowment for the Platte Valley Weed Management Area (PVWMA) to fund the annual cost of maintaining water conveyance in the Platte River.  Since 2009, the PVWMA has treated approximately 26,000 acres of invasive plant species within flowing channels of the Platte River in Dawson, Buffalo, Hall, Merrick, Hamilton and Polk counties within the NRD.

1/23/20   Violation Report  12 landowners/producers irrigated land that isn’t certified or approved for irrigation through a transfer in 2019. The number of violations has continued to drop each year. Violation letters were mailed to resolve the violations. If the land continues to be irrigated without certifying the acres in question, a cease and desist order will be issued and violators could face action in District Court.

8/29/19   Schroeder Property  JEO Consulting is evaluating management alternatives for property purchased in Dawson County.  The 157-acre property was purchased in April 2018 with the intention of retiring the pivot and gaining 107 AF.  CPNRD intends to retire the groundwater irrigated acres to receive benefits from the retirement, but also wishes to evaluate other potential uses of the property to maximize the hydrologic benefit to meet requirements of the Integrated Management Plan, the Basin-Wide Plan for Integrated Water Resources Management for over-appropriated areas in the Platte River Basin, and Nebraska’s New Depletions Plan.

8/29/19 -Recharge Agreement  A recharge agreement with the Nebraska Community Foundation for the Platte River Recovery Implementation Program changes the way the CPNRD is paid for groundwater recharge via seepage through the Six Mile, Cozad, Thirty Mile, and Orchard Alfalfa canals in the non-irrigation season. The total amount of diverted will be measured by CPNRD using automated measuring and recording gates and adjusted by subtracting any deliveries or releases made and recorded by the irrigation district. The non-irrigation season will begin when the canals stop releasing water for irrigation and end when the canals begin releasing water for irrigation as determined by CPNRD.

07/25/19- Rewrite Management Plan  Olsson is rewriting the NRD’s Groundwater Management Plan (GMP) in the amount of $102,000.  Olsson will incorporate new data and insight acquired since the approval of the plan in 1985. As mandated by the legislature in the early 1980s, the CPNRD prepared a comprehensive GMP based on the hydrogeologic, climate, and socioeconomic information available at the time. Since 1985, the NRD has acquired and developed significant data and information about the groundwater resources in its district. Over the last 35 years, the rules and regulations implemented by the NRD have changed significantly and groundwater management goals have evolved. For these reasons, the NRD requested proposals to ensure that the rules and regulations currently implemented by the district are in sync with what is written in the plan.

Policy Changes to the Groundwater Management Plan (as of November 2018)
*Irrigation  New wells that irrigate new acres are not allowed. Supplemental & replacement wells are still allowed.
*Transfer Schedule  Transfer applications for irrigated acres will be accepted from September 1- March 1.
*Sub-Area Transfer  A sub-area is required to stay under the transfer limit rule for 5 consecutive years.  Transfers & supplemental wells are not allowed until the sub-area groundwater level exceeds 25% of the maximum acceptable decline.